The Street Beat 5K is a run/walk supporting the Marching Music Heath & Wellness Project that will take place the morning of Saturday, August 11, in downtown Indianapolis as a part of Drum Corps International World Championships Week.

Hosted on an action-packed day of events, the Street Beat 5K will be followed by the SoundSport International Music & Food Festival and the DCI World Championship Finals at Lucas Oil Stadium.

The first-ever Street Beat 5K, hosted by Inspire Arts & Music in partnership with Drum Corps International took place in 2014 with more than 350 runners from 30 states and four countries.

The 2018 Street Beat 5K will start at 8 a.m. on Saturday, August 11. The check-in and starting line will be in the south parking lot at Lucas Oil Stadium before the race heads through downtown streets, doubles back at historic Military Park and ends at Pan Am Plaza, the site of the SoundSport International Music & Food Festival. 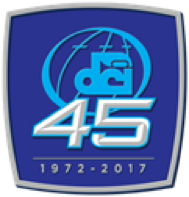 Since its inception in 2007, the Drum Corps International-sponsored Marching Music Health and Wellness Project (MMHWP) has succeeded in bringing together health care professionals from varied disciplines to provide medical guidance and hands-on assistance to corps members during the DCI Summer Tour.

With an initial focus on injury prevention and treatment, participation in the project has grown from a handful of volunteer contributors to an expansive network of practitioners throughout the United States. The program is now poised to serve an even greater audience of performing arts athletes with development of “best practices” already impacting the marching band activity nationally and internationally with continued research and medical expertise.

About the SoundSport International Music & Food Festival
Building upon the wildly popular SoundSport® and DrumLine Battle™ events now in their fifth year, this newly branded event will feature more than 35 ensembles from the U.S. and Canada and as far away as London and Taipei to compete in downtown Indy the morning and afternoon of Saturday, August 13.

The exciting day of performances will mark the culmination of the summer portion of the year-round performance opportunities for the global SoundSport and DrumLine Battle programs, all taking part in a festival-like atmosphere with some of Indianapolis’ best food vendors onsite and entertainment aplenty.

Your one-stop shop for fun and unique racing. RaceMaker brings “Hoosier Hospitality” to each event, making every athlete feel like a super star! The course design, SWAG selection, and post-race festivities have one thing in mind—YOU the athlete having a memorable experience that brings you to experience joy, camaraderie, and hopefully a personal best! To be the best, you have to race with the best.